AMSTERDAM - Do not joke about Amsterdam. A radically conservative talkshow about the city on the U.S. TV channel Fox has led to a vivid rebuttal on YouTube from an angry inhabitant of the capital of The Netherlands.

'Amsterdam is a cesspool of corruption, prostitution and crime. It is anarchy.''

Even in the US TV channel Fox is not seen as a nuanced news source. Epecially Bill O'Reilly - 'Amsterdam is a moral disasterarea' - is not the most liberal anchorman. His 'O'Reilly Factor' saw the tightened policy towards coffeeshops in Amsterdam as a wonderfull occasion to denounce the city and seamlessly warn 'Hussein' Obama, who - in O'Reillyland - wants to turn the whole of the US in one big Amsterdam.

''The Dutch had wonderfully, naive ideas about teaching their children free sex and smoking grass,'' attributed Republican 'strategist' Margaret Hoover to the worldly views of O'Reilly in his program last december. ''All the criminals and drug addicts throughout Europe have exploited that opening in Amsterdam.''

The 25-year-old Robbert Nieuwenhuijs, who studied moviemaking at the Amsterdam Filmacademie, saw the program on YouTube and made a sharp video response. This has now turned into an absolute hit with 130.000 views in just a couple of days and over 2000 replies - most from Americans. This is partly because the movie was picked up by a number of American weblogs - see key words 'Amsterdam' and 'cesspool'.

''I felt enraged that my pretty city was under attack,'' says Nieuwenhuijs. "There is allready enough negative news about Amsterdam.'' The responses have stupified him. "Most replies are from Americans who are very apologetic."

His movie slices through the conservative turborhetoric with peacefull images of cycling parents, boats in Amsterdam famous canals and people who are clearly enjoying themselves harmleslly, while outspoken views of O'Reilly and his henchmen (like: 'Amsterdam is a mess', 'Its completely run amok' and 'It's anarchy') can be heard.

The final blow is delivered by showing a few statistics, which put crime in the US and in the Netherlands in a radically different perspective then O'Reilly would have liked: 'percentage of Americans that has ever smoked marijuana: 40.3, percentage of Dutch: 22.6' And: 'homicides per 100,000 inhabitants: 5.6 in the U.S., 1.2 in the Netherlands'. 'Drug-related deaths: '38 per miljoen Amerikans, 2.4 per million Dutchmen.

The clip concludes with a well meant: 'Visit Amsterdam someday and see for yourself.' (HERMAN STIL) 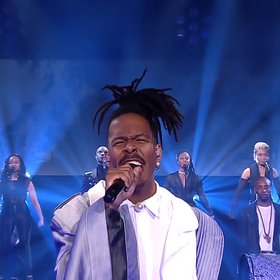