Schiphol is actually not that far away, though it does feel like a huge distance. With its endless aprons and parking lots and all-pervasive smell of kerosene, it’s clearly not Amsterdam, but once you’ve cycled there the first time it’s no big deal. The airport is just over nine kilometres southwest from the floodgate behind the Olympic stadium, which is where you feel you’ve left the city behind you, and it’s a fairly easy half-hour ride.

So yes, you can cycle to Schiphol. It’s not the kind of place you’d normally associate with bikes: most people go by car, train, or bus and are unaware that they can also get there on two wheels. The airport wants this to change. It doesn’t necessarily want passengers to strap their suitcases to the backs of their bicycles, but Schiphol Group commercial director André van den Berg says more employees should cycle to and from work. “The bicycle is the perfect solution to our accessibility problem.”

At the moment, the 66,000-strong workforce is not wild about the idea: only about 4,000 arrive by bike. So on Monday the airport announced plans to increase this number, in the form of the GoingDutch cycling programme, which includes better facilities, more cycle parking, and a bicycle repair service.

Schiphol and the Ministry of Infrastructure are investing in widening the fast cycle paths between Hoofddorp, Schiphol, and Amsterdam. They are making junctions safer, installing fast charging points for e-bikes, and working to make cycling financially attractive.

“Bicycles are a secret weapon against congestion,” says State Secretary Stientje van Veldhoven. “We expect this to increase massively over the coming years, and more cycling can actually benefit the airport. An estimated 30 to 40 percent of employees live within 15 kilometres of Schiphol.”

André van den Berg agrees that action is needed. “I regularly ride my racer from Woerden to Schiphol. It’s a wonderful ride, but becomes much less so as you approach the report. The cycle paths are bad, and you often have to wait ages at red lights. I always get the feeling that I don’t belong there.”

It’s a surprisingly easy journey from Amsterdam, and there’s even a tunnel for cyclists alongside the Schipholtunnel, so the infrastructure is not that bad. But Van den Berg says there needs to be a cultural change as well. “We want people to be jealous when you’re chatting to them at the watercooler and you tell them you’ve cycled to work.” 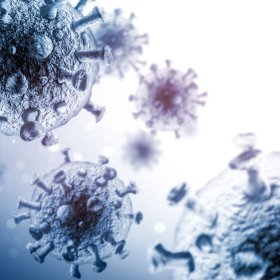