In 2012, the Dutch consumed 1.133 billion litres of milk. By 2018 that had declined to 975 million. Over this period, existing dietary recommendations came in for scrutiny in books on the topic. Books about milk include “Got Milked?” by Alissa Hamilton, published in 2015. Another factor that has impacted milk consumption is the wider choice of alternatives now available.

But the fall in milk consumption started much earlier than the publication of books casting doubt on it. Consumption of milk declined steadily between 1980 and 2005, in total by 25 per cent. In 1980, 57 per cent of the milk was full-cream, and the rest low-fat. By 2005, just 9 per cent of milk sold was full cream.

The huge fall in the consumption of full-cream milk over this period was driven by the deteriorating reputation of saturated fats after the 1980s. At the time, people became convinced that milk increased the risk of cardiovascular disease. This is also probably true, but doubt is being cast on one negative effect of dairy fat by a growing number of scientists and consumers. The possible health consequences of saturated fats and calories are ignored in “Got Milked?”. The emphasis there is that consuming milk increases the risk of cancer, leaky gut syndrome and acne. But there is only limited evidence for these negative effects alleged by Hamilton.

Apart from concerns of an increased risk of illness, an allergy to milk protein or inability to digest lactose - the sugar in milk - may be a reason to avoid cow’s milk. Some people also believe that consuming milk leads to excessive mucus in the mouth and in the respiratory system, although this has never been confirmed scientifically.

In addition, the number of vegans is on the rise, along with the number of vegetarians. The latter do not reject milk, but tend to stress that plant-based alternatives are kinder to the environment. And then there are women of tertiary education level who tend to consume less milk, according to a survey of food production conducted by the RIVM (Netherlands National Institute for Public Health and the Environment).

In 2015, the Health Council of the Netherlands determined that milk did in fact fit into a healthy diet. Higher milk consumption is linked to a reduced risk of type 2 diabetes, cardio-vascular disease and cancers of the large intestine, bladder, stomach and breast. No reduced risk of bone fractures was found. Milk is thus part of the recommended nutrition pyramid in the Netherlands, or the “Schijf van Vijf” (Disc of Five).

Plant-based substitutes using soya, oats, almonds, rice, hazelnut or coconut do not have the same nutritional value as milk.

Using advertising slogans like, “Plants are the new cows”, business is targeting people looking for alternatives to milk, despite the recommendations of the Health Council and Nutrition Centre Foundation (Voedingscentrum). The dairy sector is unhappy about this and has set up a political organisation to lobby against use of the word “milk” in advocating plant-based alternatives.

In June 2017, the European Court of Justice ruled that plant-based products should not be sold using names of dairy products like butter, cheese and milk, as this could mislead the consumer. Producers of soymilk now have to label their products as soya drink. But coconut milk and soy burger are allowed. Meat substitutes do not fall under this ruling.

There is now a host of plant-based dairy substitutes based on soya, oats, almonds, rice, hazelnut or coconut. The nutritional value is in general lower than that of milk.

To prepare one litre of soya drink, just 120 grams of soya beans and one litre of water are needed. Soak the beans for a day before processing them in a blender. Add a litre of water and pour through a tea towel or cheesecloth. Then boil the liquid for 10 minutes. The Chinese came up with this process before the start of our era. A drink can be made from oats, almonds or rice in a comparable way. These products generally contain little calcium or B vitamins, and so these are often added.

The protein content is also low in general. Soya drink does contain as much protein as milk (3.5 grams per 100 ml), but drinks made from rice have just 0.1 grams per 100 ml. You would have to drink three litres of rice drink to take in as much protein as there is in half a glass of milk. Plant-based drinks also contain little fat. Oats milk contains fibre, which may help to lower high levels of cholesterol in the blood, but for the rest lacks much in the way of nutrients.

Nuts, and so almonds are on the Schijf van Vijf because they contain a lot of protein and healthy fats. So almond milk may sound healthy, but there are just 10 almonds in a litre. And sugar is often added to make these watery drinks taste better. There is natural sugar in milk in the form of lactose.

In sum, the plant-based drinks are a solution for those who do not tolerate milk well, or would rather not consume animal products, but you have to look closely at the label to find a healthy alternative. Soya milk turns out the best in general. Choose the brands with added calcium and vitamin B2 and B12 and avoid those with excessive added sugar. The Health Council has not investigated the link between dairy alternatives and health.

... but are less harmful to the environment and animals

Production of one litre of milk generates emissions of 1.2 kilograms of CO2-equivalent, whereas a litre of soya drink corresponds to just 0.6 kilograms. Greenhouse gas emissions from milk production are high, as cows produce methane in digesting their plant-based feed. Dairy cows have to produce a calf in order to give milk. The male calves end up in the slaughterhouse. So, a vegetarian who consumes milk also contributes to maintaining the meat sector. In addition, as a result of high-protein feed and frequent milking, a dairy cow produces around three times as much milk as would be needed to feed her calf.

The dairy sector is busy improving production methods, with attention being paid to sustainability, animal welfare and biodiversity. The hope is that the consumer will be prepared to pay more for this. Plant-based drinks continue to be better for animals and for the environment. 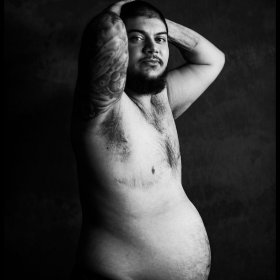 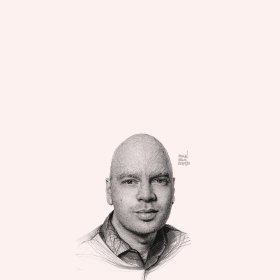