Since Thursday 12 March, a large proportion of Dutch people have travelled to work not by train, car, or bike, but on foot. In most cases it’s from the bedroom to the living room, though some have the luxury of a study. Overnight, they’ve waved goodbye to all those watercooler conversations, jokes and chats with colleagues, and meetings. And now, over four months later, the results of all that working from home are very apparent: people are tired, empty, burnt out.

In a survey by the CNV trade union federation, more than a third of workers said they felt more work pressure than ever before as a result of the pandemic. Twenty-one percent said they and their colleagues were taking more sick leave, and 16 percent described themselves as exhausted by their work.

Piet Fortuin, the organisation’s chair, says the figures are shocking. ‘If you extrapolate them to the whole country, millions of people are overworked, and more than a million are exhausted.’

Brain expert Mark Tigchelaar is not surprised that people get tired when they work from home. He says almost everything has been digitalised, from long meetings to quick conversations, and people are never out of reach.

“You’re constantly trying to strike a balance between productivity and contactability. If your boss or a colleague sends you a message, you respond quickly to show that you’re hard at work. It sounds positive, but it often distracts you from what you’re trying to do.’

During lockdown, there were even more distractions. Some were intrinsic, like feeling anxious when you watched the news, and worrying about the future. Others were extrinsic: some people constantly had to juggle the roles of parent, teacher, and employee. Multitasking is not good for your productivity or energy, Tigchelaar explains, because your brain needs time to concentrate.

‘Every time you switch to a different task, you’re back to square one. You lose focus, and regaining it takes time and energy. People often don’t get much work done during the day, and make up for it by putting in extra hours in the evening.’

Before you know where you are, he says, you’re working excessively long hours and not getting enough rest at night, or at all. Being permanently available is extremely tiring for the brain.

Tigchelaar uses the car as a metaphor for the importance of rest. ‘You can’t keep your foot on the gas pedal all the time. Eventually you run out of gas and have to stop and refuel. It’s exactly the same with your brain: you need breaks to become productive again and focus on the task in hand.’

Even if they are able to switch off from work, many people have been drained by the lockdown. ‘The corona pandemic has created chronic stress,’ says Paul van Lange, a lecturer in psychology at Vrije Universiteit Amsterdam. ‘All of a sudden we’ve had to change our behaviour. We have to keep our distance in the street, visits to the supermarket have become an ordeal for many people, and all the negative reporting and fear of the virus don’t help.

‘Staying alert all the time takes self control and discipline, and consumes energy. We’re spending all day ‘switched on’, and it’s making us all tired, even people who are retired or otherwise not working.’

Van Lange points out that there are also fewer opportunities for relaxation at the moment. Bars and restaurants may be open, and so are theatres and cinemas, subject to restrictions – but if you’re stuck at home working, you may well be suffering from a deficiency of vitamin S – socialising.

‘It’s vital to have easy access to social contacts in a healthy working environment,’ Van Lange says. ‘Laughing together, giving and receiving compliments, sharing positive experiences: these are all things that give you energy. It’s not the same doing it indirectly in a video call, where you have to wait your turn to speak and there’s no spontaneity.’

There are lots of reasons why so many of us are feeling tired, or even exhausted, this summer. The tank is emptying quicker than it’s being filled, and we need to adapt to the new normal if we’re to continue functioning in the longer term.

Tigchelaar wrote a book entitled Focus AAN/UIT (Focus ON/OFF) using scientific research to explain how people can concentrate better and reduce their stress levels. He swears by what he calls buutvrijmomenten, those quiet, solitary moments in a game of tag when you’re in a safe zone where no one can get you. These are opportunities to recharge, he says. ‘They only happen when your brain is not receiving any new stimuli and can rest for a while.’

And that doesn’t mean going for a stroll while listening to a podcast or scrolling through your Instagram feed. ‘If you do that, your brain is still receiving stimuli that it has to process, and that uses up energy. Doing something nice and recharging your brain are not the same thing.’

So how does he recharge his? ‘Just wander around,’ he says. ‘Do nothing in particular, daydream. That’s the way to do it.’ 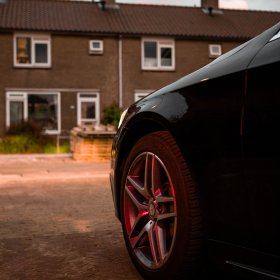